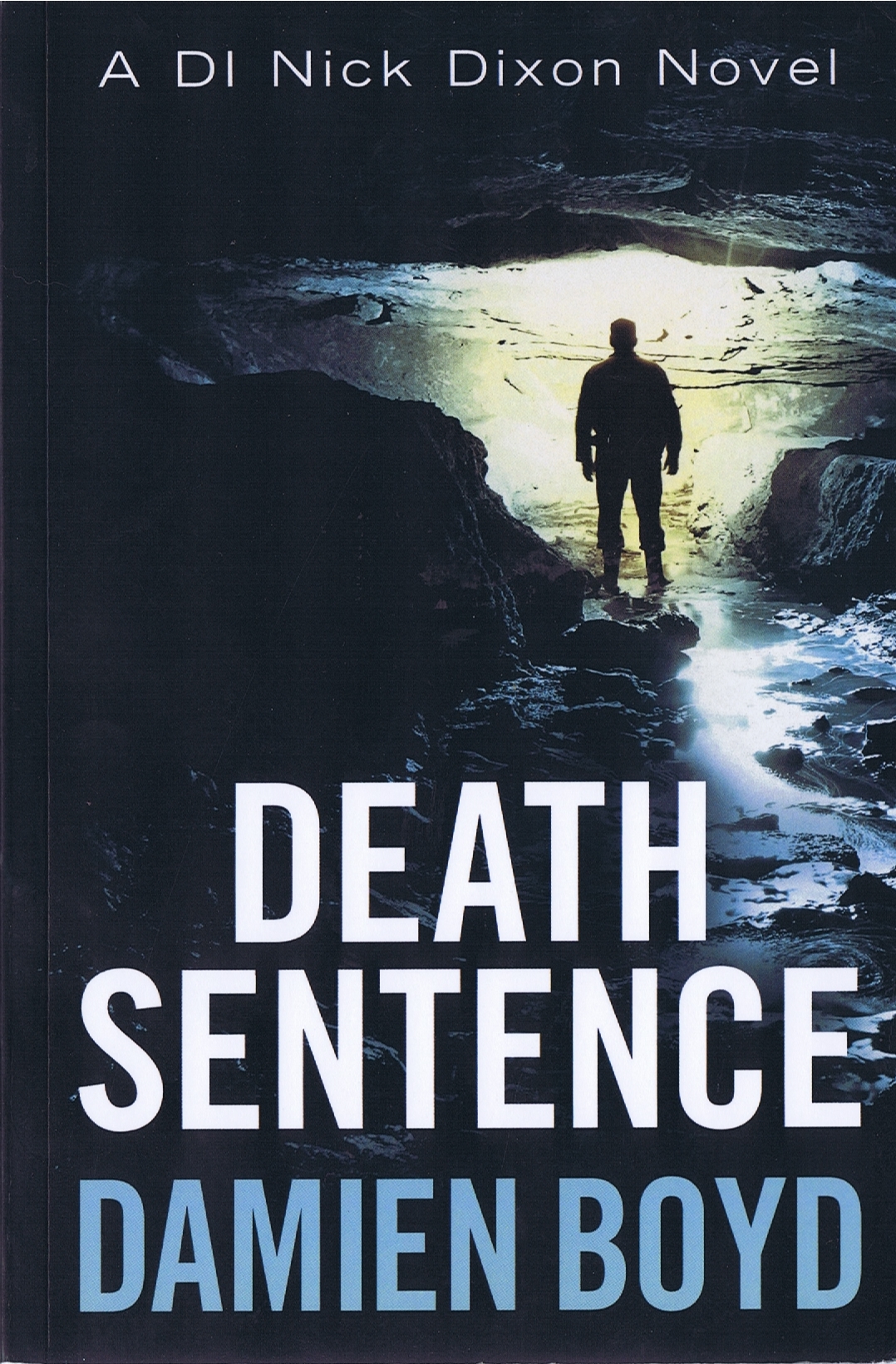 Swildon’s Hole and a terminally bad experience in Sump 1 feature in our latest look at caving fiction.

I’ve followed Damian Boyd’s West Country police series on and off over the years but managed to miss out on Death Sentence, which features caving as part of the plot, so I’m grateful to Bob Mehew for reminding me about the book.

Deep underground a woman is attempting to free-dive Sump 1 in Swildon’s Hole for the first time. She’s slightly spooked by her first experience of total darkness when her companion suggests they turn their lights off, but she’s determined to give the sump a go, so she takes a deep breath, grabs the rope firmly and starts to pull herself through. To her horror, no matter how hard she pulls on the rope, she can’t get through, so she tries to wriggle backwards, but that doesn’t work either. She’s stuck and can’t go forward or backwards. She tries to hold her breath, but she can’t hold it forever and she knows she’s going to die …

The dramatic opening will send a shiver down the neck of anyone who has free-dived a sump or thought of doing so, and Boyd captures the horror of the woman’s death well, although a four-hour trip to Sump 1 and back seems a tad on the slow side. But perhaps that, and the change of the ladder climb from 20 to 30 feet, is designed to deter non-cavers from venturing underground. There’s an upside to that change as well, as Bob commented to me – if anyone does decide to take a look for themselves based on Boyd’s description, at least they’ll have the right length of ladder with them.

The opening sequence takes some time to tie into the rest of the book. The main story starts with DI Nick Dixon being called out to look at the dead body of an elderly man in a long-abandoned World War II pillbox. He’s curious about some powder found in the man’s nostrils, which make him think murder rather than accident. When no obvious motive or suspects come to mind, Dixon starts delving and uncovers a complex chain of events from the man’s past as a soldier in the Falklands War.

No one in the military is keen to talk to Dixon, but he perseveres and uncovers the complex web of a cover-up that goes back to events during the distant war. These tie in with an action being brought by some servicemen dying of asbestos-related diseases after been ordered to dismantle three radar cabins. When others connected to the lawsuit start dying, Dixon makes a connection with the woman who died in the cave and he starts to look beneath the surface literally as well as metaphorically.

The caving sequences are well described. Boyd has either visited Swildon’s himself, talked extensively to someone who has, or he’s spent time reading Mendip Underground. Despite that, there’s very much an outsider’s perception at work here, and he seems to start from the viewpoint that caves are inherently scary places and builds plenty of tension from that. It’s worth bearing in mind when he goes underground that this is written from the point of view of someone who’s not spent time getting to know the world beneath his feat. The Wessex Cave Club cottage makes a cameo appearance that will be instantly recognisable, but I’m sure the club would approve of call-out details being left on the board of a seemingly occupied cottage.

Boyd always serves up a good police procedural with a strong West Country flavour. Dixon has slight maverick tendencies but these aren’t overplayed, and the baggage he’s carrying from past investigations isn’t too much of a millstone around his next. And he’s kind to dogs. That’s definitely a bonus in a crime novel.

Mines in Surrey : AditNow talk scheduled for March 4th - https://t.co/49MCNxu6ZK The hearthstone mines at Betchworth in Surrey will... https://t.co/F8EMaQG0EZ

h J R
Descent 278: Video, digs and the biggest cave in the world! - https://t.co/HqW1XPyunE Another excellent issue from the Descent team... https://t.co/UJukfUZ82y

h J R
Care needed in G.B. Cavern, Charterhouse on Mendip - https://t.co/ALcrpUyOnX A rockfall has been reported in GB near the waterfall ... https://t.co/6v9O45DvTS