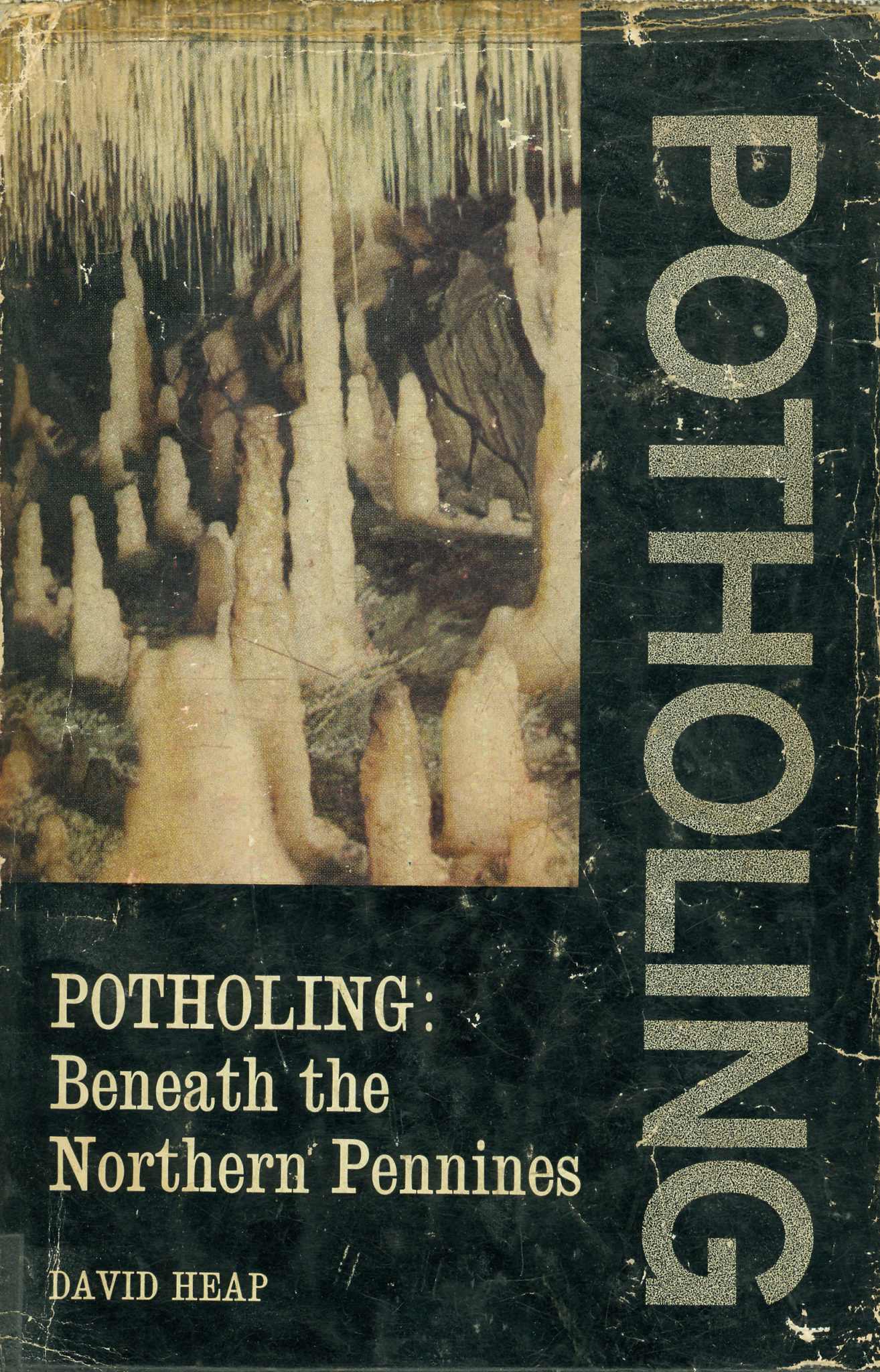 In his quest for vintage caving books, Alan Jeffreys has delved into his bookshelves again, and has come up with a northern classic from the early 1960s …

Following the publication of‘Underground Adventure in 1952 there was something of a hiatus in northern cave literature. Specialist titles from various clubs and societies kept cavers informed of new explorations and assessments of future potential but it was not until 1964 that David Heap’s excellent account of potholing in the Yorkshire Dales appeared to bring general readers up to date.

It was originally intended to be entitled simply Beneath the Northern Pennines, but it was the publisher’s decision to preface it with the word ‘Potholing’ (rather against the author’s wishes!) In his preface, David Heap stressed his intention to introduce a new batch of potholes to follow those already described by Gemmell and Myers, without, in this case, dealing with original explorations.

However, his book is far, far more than this. From the outset, the author discusses the physical attractions of caving and potholing (more often left unstated) – the effect on and appeal to all the senses, coupled with the urge to explore ‘just around the next corner’, explaining the essential drive for all cavers.

Heap’s deep affection for Yorkshire’s underworld shines from every page as he describes trips with Kendal Caving Club down such classics as Magnetometer Pot, Ireby Fell Cavern and Penyghent Pot amongst many others. Not the least of the book’s charms is its portrayal of what is now a past era, a time when only rope or wire ladders were available, demanding large teams to conquer successfully tackle-hungry pots like Penyghent, Swinsto-Simpsons and Lost John’s.

For readers born and bred on SRT, it is instructive to read how things were done during Yorkshire’s second ‘golden era’ when the advent of wetsuits and reliable re-chargeable headlamps, coupled with lightweight tackle, allowed the 1960s generation to discover systems of quality and severity. Caves such as Pippikin, Langcliffe, Birks Fell, Nick Pot II, Strans Gill, Black Shiver and Marble Sink were all first explored by exactly the same methods this book describes.

David Heap writes in a clear, relaxed style – as befits a schoolmaster – and successfully imbues his readers with a profound understanding, not only of the rigours, but also the culture and enjoyment of caving. His account is reinforced by a collection of original photographs and a series of amusing, but instructive cartoons and a few surveys. He shapes his narrative by starting with easy trips such as Calf Holes to Browgill Cave and progresses to harder and harder descents as the reader’s ‘experience’ develops. For non-cavers, this is akin to joining a potholing club and accumulating new skills as the chapters fly by.

This was quite the best British caving book to appear in its day. Potholing: Beneath the Northern Pennines retains quality, authority and insight that survive despite being ‘of its time’, preceding the evolution into single rope techniques that dominate today’s caving practice. It would be difficult to find a better fireside read.