The Bristol Exploration Club is a vibrant and active caving club that focuses on digging and caving both locally and abroad. It is known for its friendly, playful and inclusive atmosphere for both caving and social activities. As an exploration club activities may go beyond just caving in the purest sense– all forms of exploration are encouraged. A wide range of club activities are organised every year including anything from zip wiring and bouncing underground in Wales to caving expeditions to remote areas in the Philippines. New and established cavers are welcomed within the B.E.C. and introductory trips can be arranged for newbies. We generally have a home meet on the first weekend of each month and several away trips to other caving regions during the year with further details on our website diary.

The story of the founding of the club is an established part of Mendip folklore by now but, like most folklore, is probably greatly embellished. At any rate, a small group of fellow employees of our founder, “Harry” Stanbury formed themselves into a caving party in the summer of 1935 and visited Goatchurch.  The trip was a success and, after acquainting themselves with the procedures of the existing societies, they decided to form a new club.

The club celebrated its 80th anniversary in 2015 with the annual dinner being held at Wookey Hole which included a guided tour of the new tunnel into Chamber 20 in our finest dinner attire and a summer BBQ when a mass fancy dress trip down Swildons Cave was a highlight of the day!

George Weston wrote the words below to win the first BEC first song competition and in doing so, unerringly laid a finger on the pulse of the club.

And this we must confess

Whatever is worth doing, we

Will do it to excess.”

This led to the adoption of the club motto “ Everything to Excess “ and a general view that providing that we continue to recognise what things are worth doing and to pursue them with the enthusiasm which more timid souls might regard as excess, we shall not go far wrong. 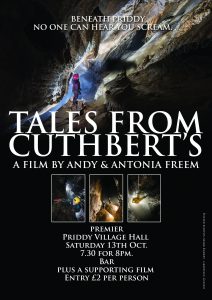 Film Premier: Tales from Cuthbert’s by Andy and Antonia Freem

Andy and Antonia have been making films for some time now, mostly about caves and caving. Many of their previous productions can be found on their You Tube channel but Tales from Cuthbert's is their ... 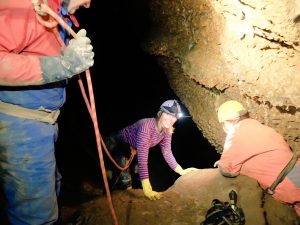 Pen Park Hole, a spectacular hydrothermal cave beneath north Bristol, has now been designated as a Site of Special Scientific Interest (SSSI) by Natural England. The cave has a long and interesting history. It was ... 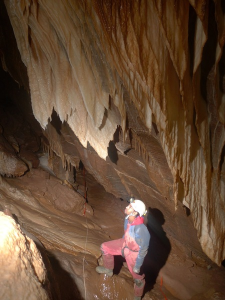 We reported in November that St. Cuthbert's Swallet, on Mendip had been closed due to instability in the entrance series Happily we can now report that the necessary remedial work has taken place and that ...