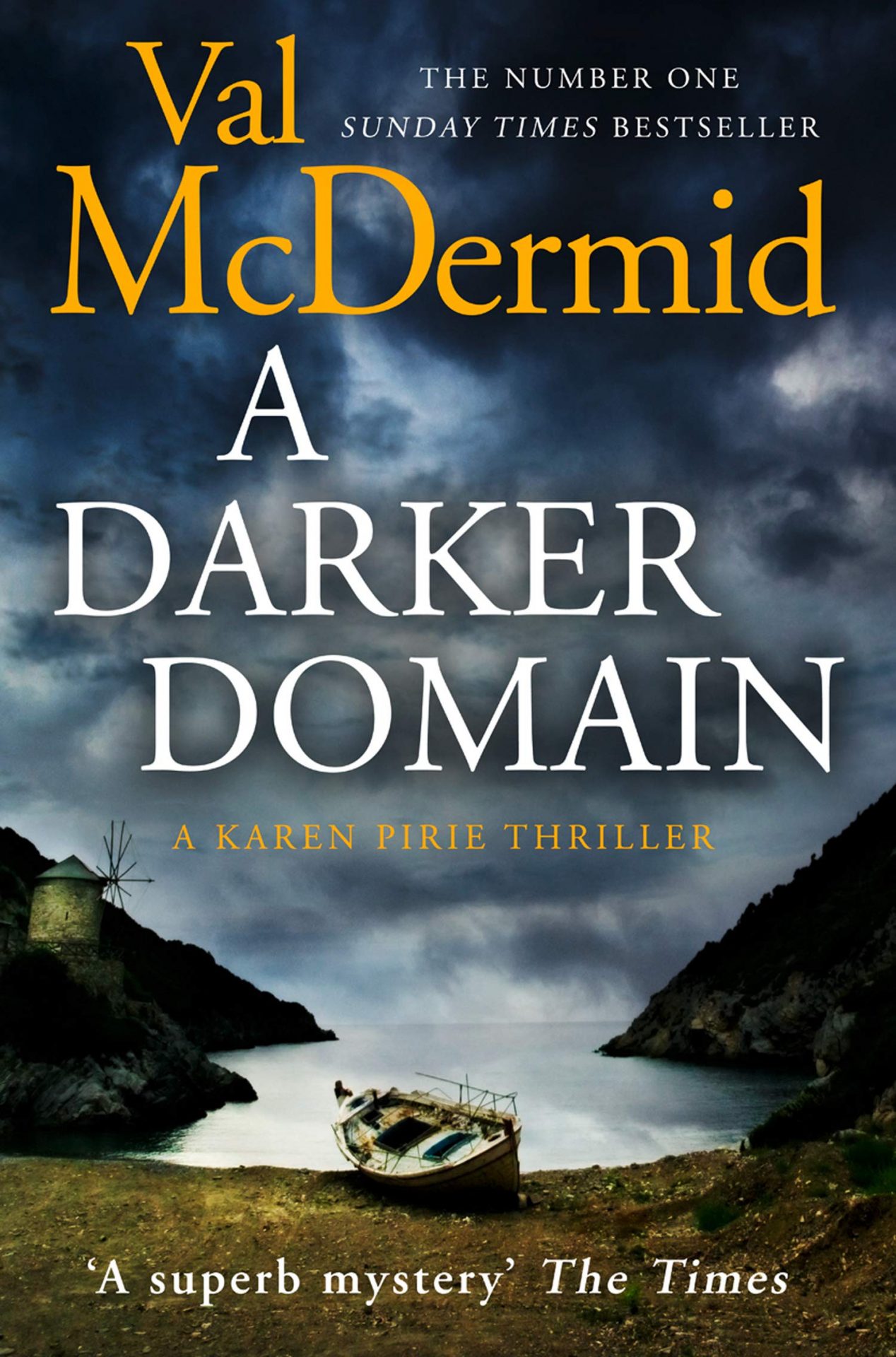 Caves turn up regularly in crime fiction, and this time it’s Scotland’s turn to see some speleological literary action.

Karen Pirie, the main character in several books by Val McDermid, is a Detective Inspector in charge of investigating cold cases in Fife, eastern Scotland. In A Darker Domain, she is presented with a tempting scenario when an estranged daughter appeals to her to find her father Mick Prentice, reported missing during the miners’ strike in 1984, whom she badly needs to supply a compatible bone marrow transplant for her ailing son.

The bulk of the book is set in 2007, with frequent illustrative flashbacks to various events and embraces localities as far away as Tuscany. Running simultaneously with the disappearance of the coal miner father, presumed to have fled to Nottingham in 1984 as a ‘scab’, is scrutiny into the notorious kidnapping of a wealthy local industry magnate’s daughter, which gradually entangles the cold case police in both issues.

Much of the strike narrative concerns the Michael Colliery, now completely excised from the landscape. But of more interest for cavers is the involvement of the sandstone caves on a raised beach at East Wemyss (Wemyss is a corrupted form of Uamh, Gaelic for cave). These caverns have long been celebrated for their Pictish and Iron Age engravings, but were also well-known by the mining community for illicit ‘pitch and toss’ gambling sites that, being on the sea shore, avoided the law in an ingenious manner.

As investigations proceed, Pirie comes into conflict with her senior commander regarding her pursuit of the powerful magnate, and is frustrated by community refusal to confide in the police even 20 years after the prolonged – and fatal – miners’ strike, but she gradually picks away at every tiny piece of evidence, arriving at a resolution that ties everything together.

In the process, she finds it necessary to conduct a forensic investigation of Thane’s Cave, an invented name that possibly equates to Well Cave 1. These caves, lying immediately below the ruins of Macduff’s Castle, were prone to collapse while the Michael Colliery was operating – probably due to vibration from blasting since the workings were not that deep – providing the author with an excellent, well-described locale.

Val McDiarmid is right up there as one of our best crime writers, and the complex wanderings of these two seemingly unrelated issues provides a very satisfying, hard to put down thriller.