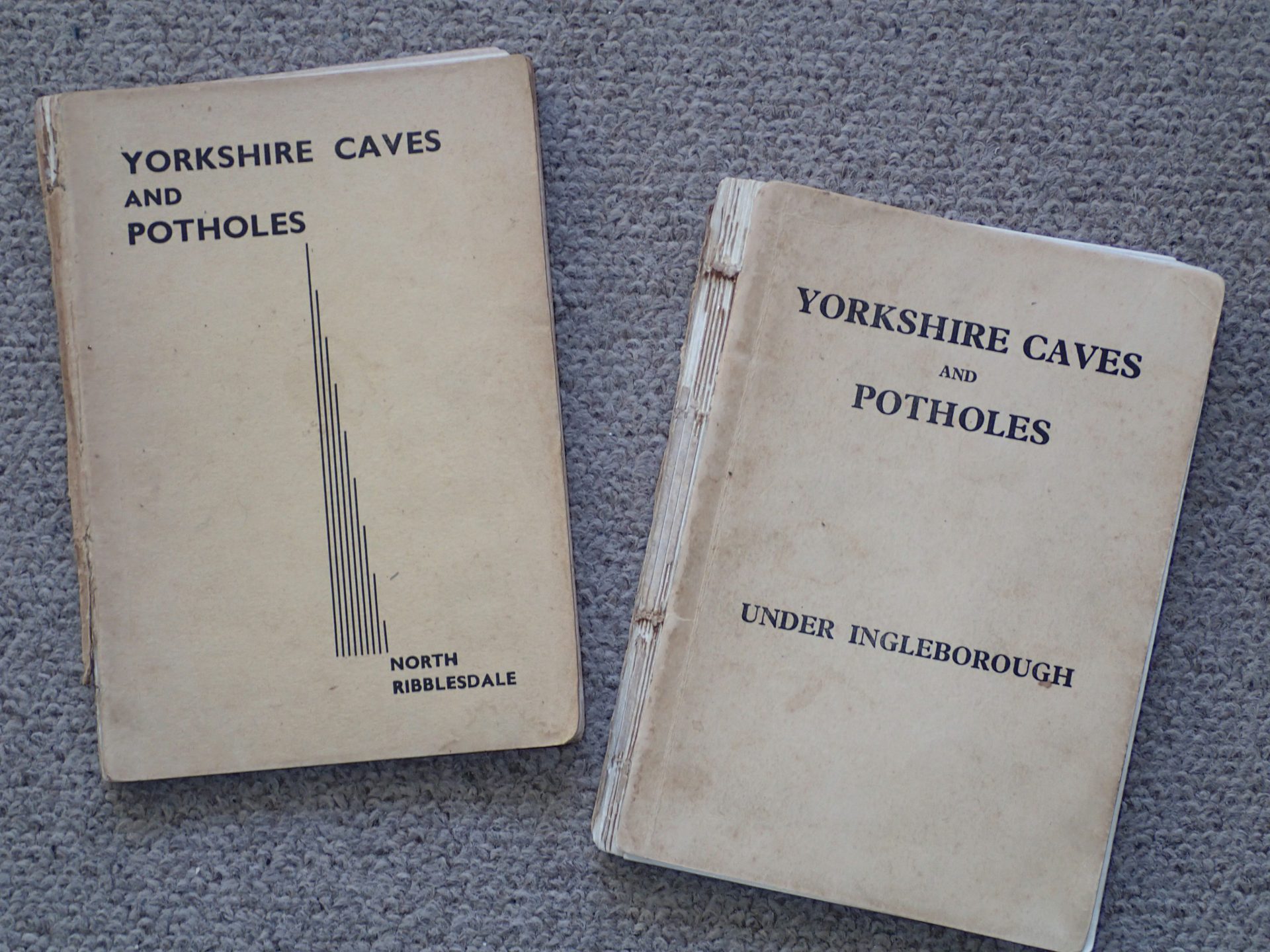 As I type, the Craven Pothole Club (CPC) is well into its 91st year. The founder member in September 1929 was Albert Mitchell, FRGS, who sadly passed away in October 1985. He was a prolific writer on caving and many other subjects. His early career as a reporter for the Craven Herald was partly why caving news often featured in this newspaper; even today it’s still sometimes referred to locally as the Caving Herald. Significantly, one of his regular caving friends, John Mitchell, was the Herald’s editor. It’s perhaps worth noting that Albert had been caving well before the CPC was born, in a group known as Mitchell’s Mudlarks, which originated from an association of fellow pupils at Ermystead’s Grammar School in Skipton.

In the pre-war years, long before the 1947 (first) edition of Norman Thornber’s Pennine Underground appeared, there was no comprehensive guide to the known caves in the Yorkshire Dales. Albert, with his publishing connections and undoubted literary abilities, took up the challenge. He embarked on the Yorkshire Caves and Potholes project, a series of area guides which he intended would eventually form a definitive description of all the main caves in northern England. This was quite a challenge for the time, but Albert was an active, respected and experienced caver and in 1937 the caving world was presented with the first volume: North Ribblesdale.

The book was obviously popular, as it was reprinted in the following year. A third reprint appeared in 1948, which must have been quite an achievement given the severe post-war paper shortage. Although these weren’t called separate editions, there were some alterations and additions made to each reprint. My copy is the final one, which runs to 68 pages and includes many monochrome photographs, mainly taken by John Mitchell. Its timing is of interest; Thornber’s Pennine Underground guide was published in the preceding year (1947) which some may have felt superseded the far from complete Yorkshire Caves and Potholes project. However, Albert’s own guides were more detailed and clearly he was able to convince the Craven Herald, which published it, that a third edition was viable.

The second volume of the series, Under Ingleborough, didn’t appear until much later; the introduction tells us most of the material for it had been ready by 1939. I’m sure it would have been published shortly afterwards, had the onset of war in the following year not diverted everyone’s attention to far more serious matters. It has proved difficult to determine the year of publication; the crucial page from my copy is missing and I was told that a complete copy owned by someone else doesn’t give the date. I’m uncertain whether only one edition appeared or whether there were any identical reprints. However, discussion with others (see below) suggests that the year of first publication was probably 1949. My copy runs to 140 pages and, like its Ribblesdale predecessor, is well illustrated with monochrome photographs. Again, these were mainly the work of John Mitchell but with contributions from others, perhaps most notably that of Cuthbert Hastings, who photographed Gaping Gill’s ladder hang magnificently in 1907.

Modern cavers might expect that these guides, from seven or eight decades ago, would have little to offer other than historical interest. However, the level of detail and many contemporary anecdotes provide a great deal of valuable information. The chapter on The Legend of Robin Hood’s Mill (at Stainforth) should whet the appetites of exploratory cavers, even today. A long section in the second volume, beginning with the quaintly-titled chapter The Romance of Clapham’s Fell Beck, reveals that the quest for a link with Ingleborough Cave was high on the agenda, long before it was finally achieved. The connection was not actually made until a couple of years before Albert passed away. However, some information in the books should perhaps be regarded as slightly fanciful. Albert’s description of a strong current of water, which supposedly swung his makeshift raft sideways in Gaping Gill’s Pool Chamber, causing him to be shipwrecked, is entertaining, but maybe a little embellished.

Both books make for fascinating reading and, in many ways, help to provide historical context to the modern state of cave exploration in the Dales. They contain all sorts of information related to many of our favourite potholes, some of which would be difficult to find elsewhere, even today. Examples still crop up in second-hand book sales; my advice would be to snap them up! These are books you can sit down and read in a way which modern guidebook formats are inevitably lacking. They should be regarded as the precursors to the more familiar editions of Pennine Underground (the last of which was published in 1965) and the present day Northern Caves series of guides, from 1972 onwards.

To my knowledge no further books in the series on caves in other parts of the Dales progressed as far as publication and the overall project was never completed. This is a great shame because Albert had evidently done preparatory work for volumes on Nidderdale and Upper Wharfedale, Chapel-le-Dale and Kingsdale and Leck Fell and the Barbon ranges, at least. Mitchell’s name may not be familiar to more recent generations of cavers outside of the Craven Pothole Club, particularly as he died 35 years ago. But CPC members have always held their founding father in the highest regard. In 1986, the year after he died, the club named a hard-won extension in Dow Cave The Albert Hall. Surely there could be no more fitting tribute to this great man?