Introducing guidelines and a standing recording method is one of the aims of next May’s BCRA cave archaeology field meeting.

It will take place from 8th May – 10th May at Lower Winskill Farm, Settle, in the Yorkshire Dales and will include the recording of historic graffiti and other markings. Details will be announced closer to the date.

As part of this work, a field visit by Tom Lord, Vince and Roz Simmonds on 29th August 2019 set out to assess the historic graffiti and other markings in Attermire Cave (NGR SD 841642 Alt. 427m, Length 183m) as a potential group project to record the historic features.

The entrance is located partway up a notable slit in the scar and is easily reached by a path along a grassy ledge to the west. A high passage to a rift on the right ends in a small hole with a vocal connection to Horseshoe Cave, and a noisy draught also emanates from here. The main passage continues beneath an aven and lowers to a crawl. The roof suddenly rises at Pool Chamber with knee deep water. A stalagmite cascade ascends to a fine passage with an uneven floor. The main route is choked with boulders but a drop down to the left enters a smaller rift passage with a short climb and a traverse until a low boulder cavern becomes choked completely.

Just inside the cave entrance are good examples of apotropaic incised markings (sometimes referred to as ‘witch marks’) including the conjoined or double Vs and a pentagram, believed to ward off evil spirits. 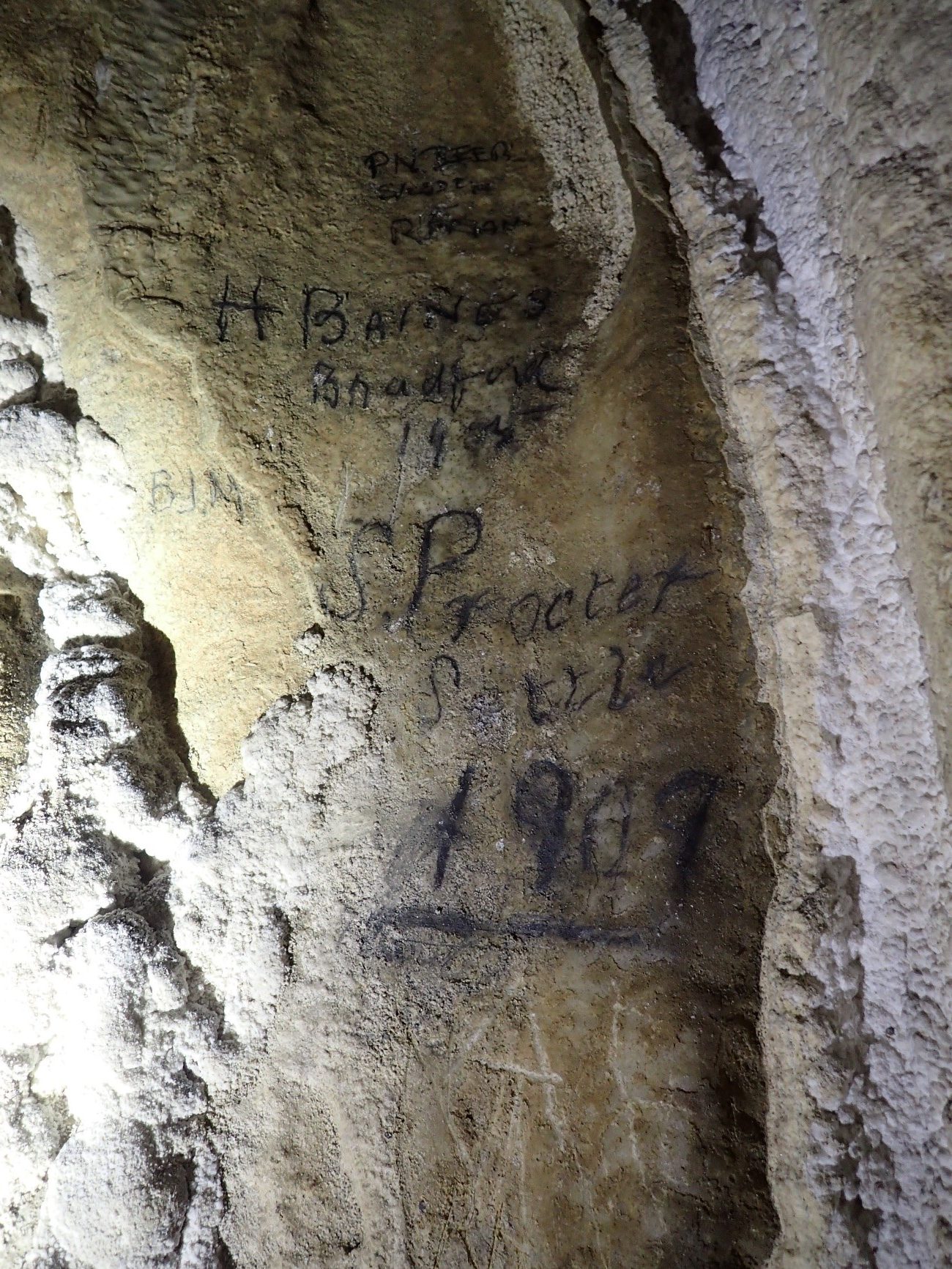 In addition, early 20th century pencilled graffiti has been noted including ‘H Baines of Bradford 1905’ and there is some local interest as ‘S Procter of Settle’ visited the cave in 1909.

These are just a few of the inscriptions and marking found within the cave. Some of the earlier features are already faint as they have become covered by calcite and bacterial/algal growth. 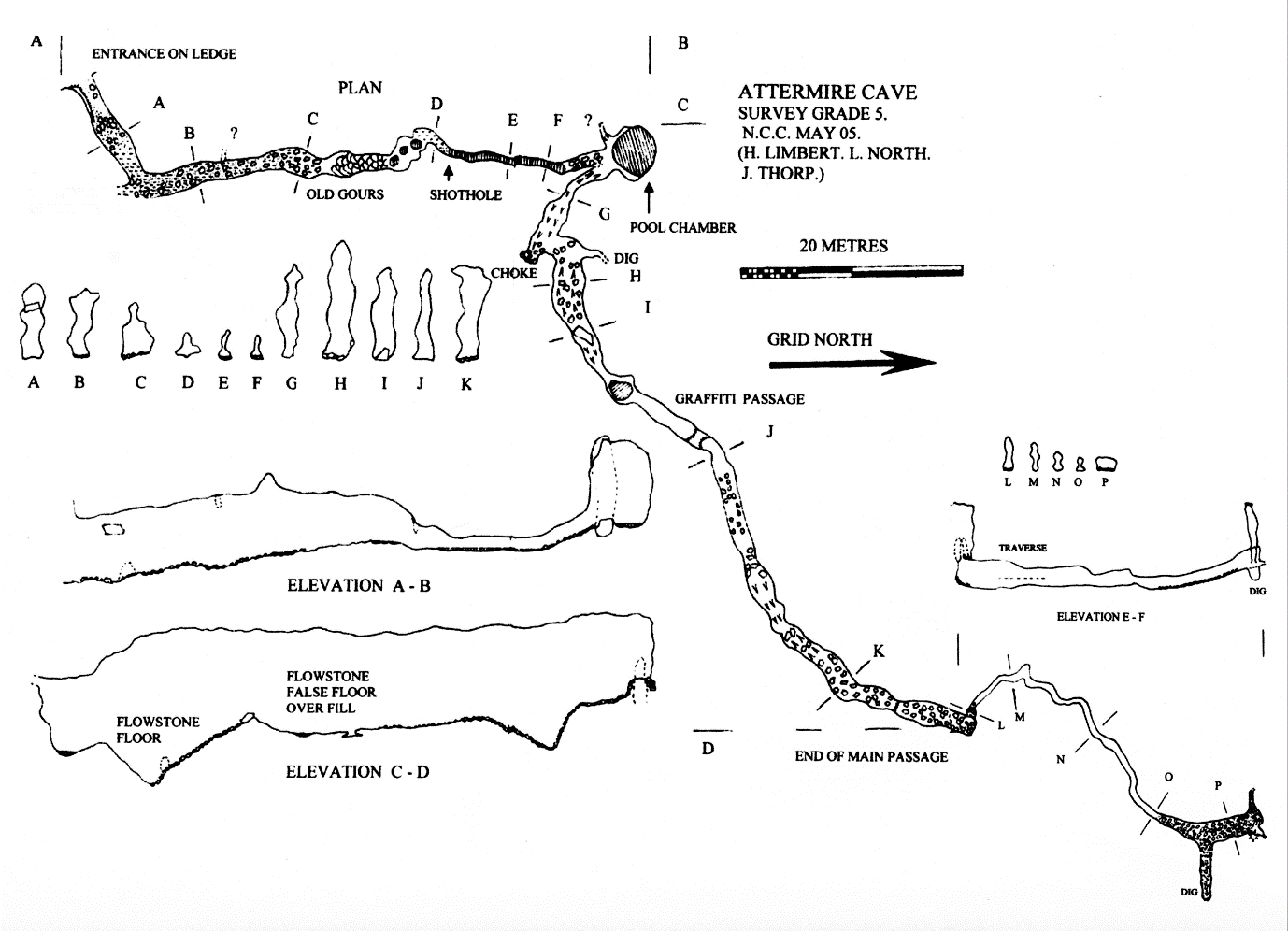 In Pool Chamber is an 8m climb up to a tight squeeze into a small chamber where a passage can be seen leading off.

A poster prepared for Hidden Earth looks in more detail at the recording of historic graffiti. 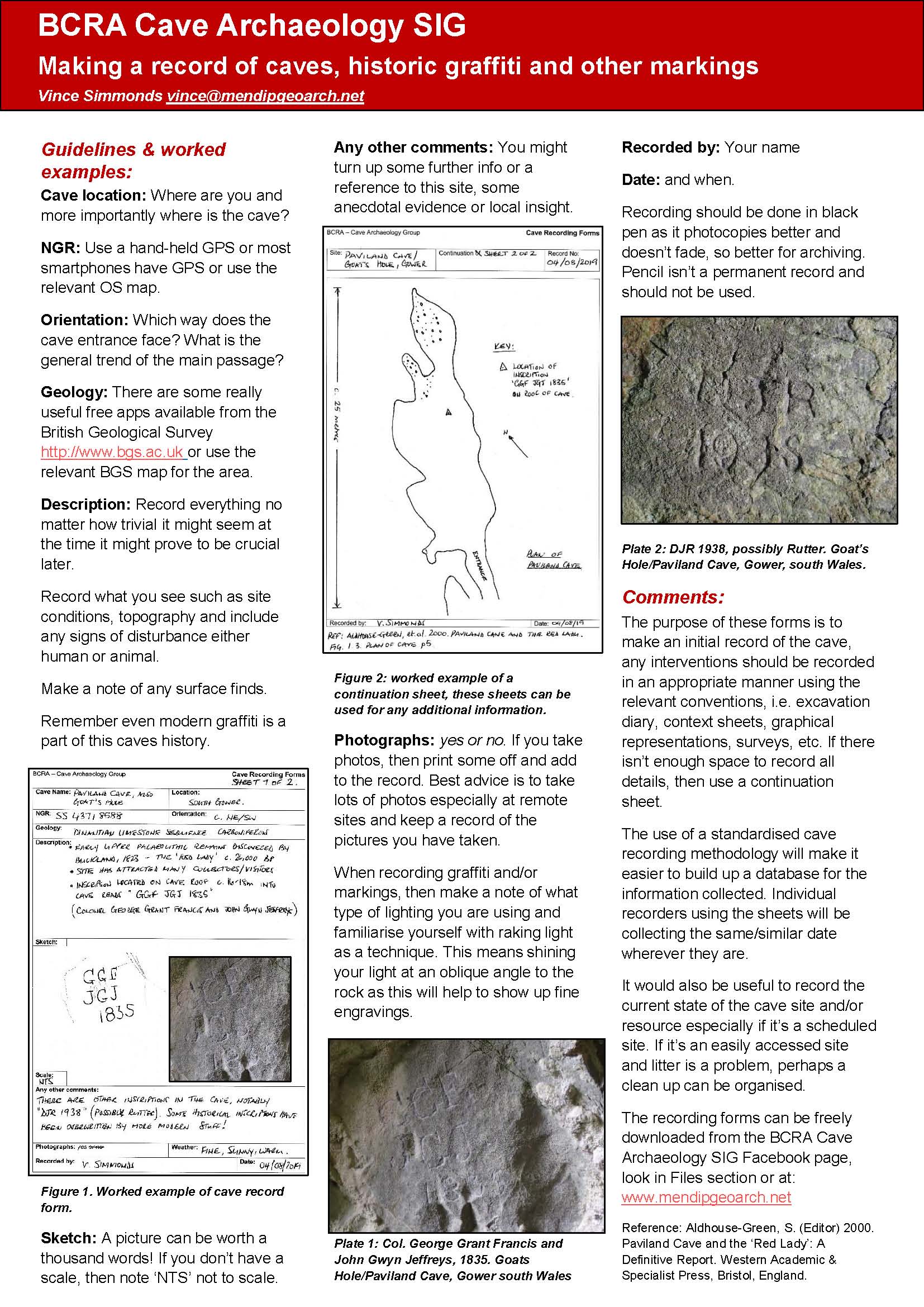