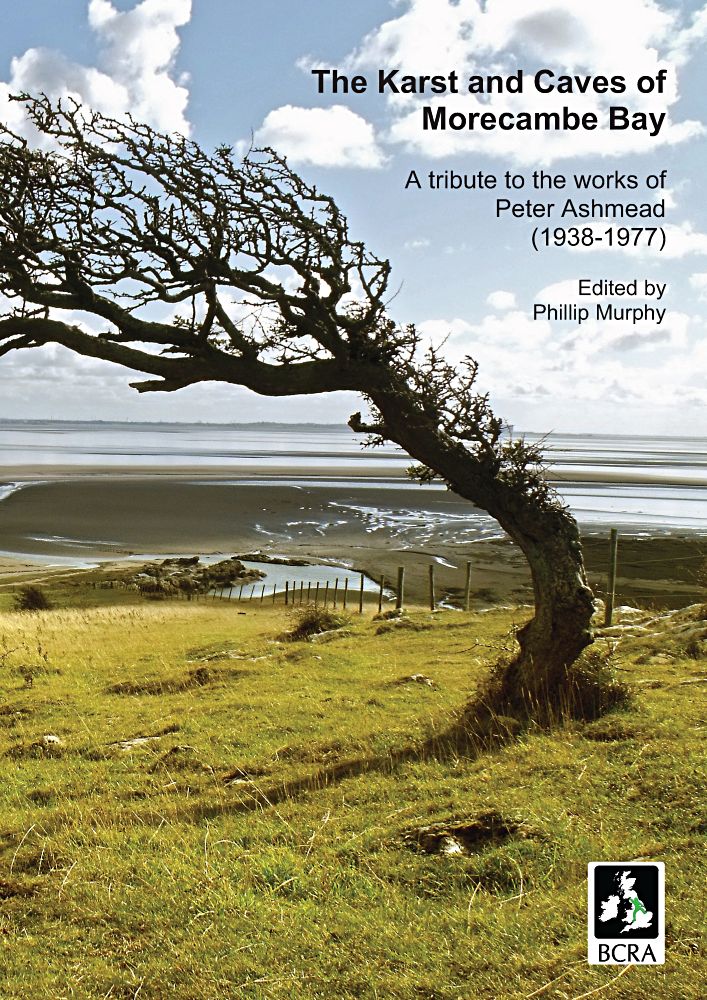 Cave & Karst Science 46(2) has now been mailed and should be with UK subscribers by now. It is also available online.

After some problems finding a venue, Hidden Earth is being held on 27 – 29 September 2019 in Wrexham in North Wales. Details can be found here.

The BCRA Science Symposium and its AGM are being held on Saturday 19 October 2019 at the British Geological Survey in Keyworth, Nottingham. The second circular for the symposium is available on BCRA’s news forum. Field trips will be taking place on Sunday 20 October. Notice of the AGM can be found here.

The Karst and Caves of Morecombe Bay

A new book, The Karst and Caves of Morecambe Bay, a tribute to the works of Peter Ashmead (1938-1977), was published by BCRA in August 2019. It is available in print or online. The book contains the facsimile reproduction of an unpublished manuscript by Peter Ashmead and Duncan Baldwin, which was written in the 1970s shortly before Ashmead’s untimely death in 1977. Despite being written nearly a half century ago it remains the most complete overview of speleological research in the Morecambe Bay area, and is an indispensable starting point for future investigations. Also included in this book is a facsimile reproduction of a report on excavations in Kirkhead Cavern. The book includes a brief biography of Peter Ashmead, together with a bibliography and suggestions for further reading.