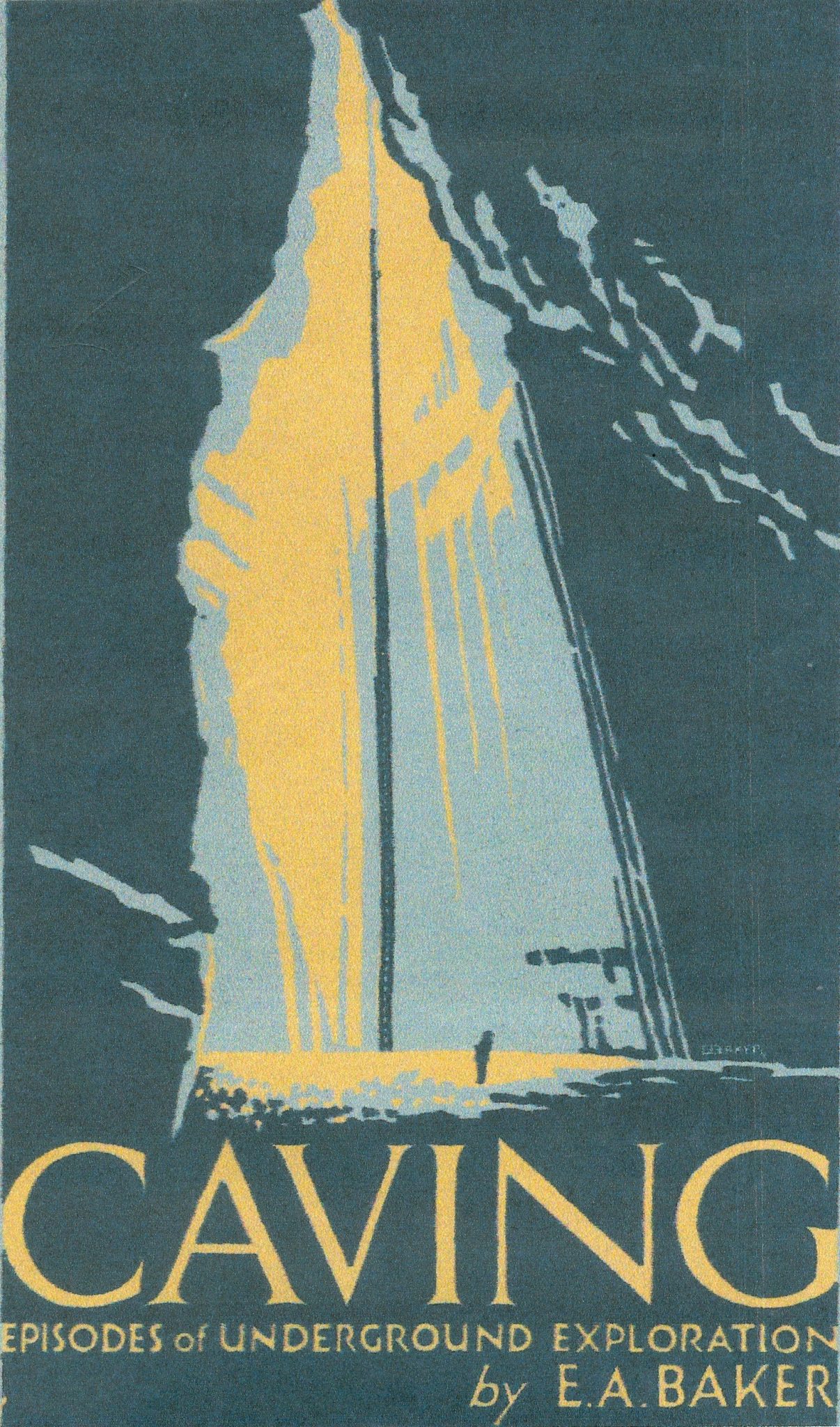 Ernest Baker was well known in his day as an indefatigable climber, rambler and caver, whose activities embraced Alpine ascents as well as many cave explorations in Britain and Ireland. As a teacher of English, he was fortunate to enjoy long summer holidays in which to indulge his interests, and as a result he produced several readable accounts, amongst them Moors, Crags and Caves of the High Peak (1903), The Voice of the Mountains (with FE Ross, 1905), The Highlands with Rope and Rucksack (1923), and, with Herbert Balch, The Netherworld of Mendip (1907).

His self-confessed swansong came in 1932 with his book Caving: Episodes of Underground Exploration, which is really a summation of what he quaintly describes as ‘cavework’ from the dawn of the 20th century – the first ‘Golden Age’ – right up to the late 1920s. The text therefore majors on discoveries achieved mostly before World War I, involving individuals rather than clubs, although naturally the Yorkshire Ramblers and Kyndwr clubs feature strongly.

These were the days before waterproof clothing, when tackle was bulky and extremely heavy, and lighting was … well, primitive to the point of hand-held candles! Several accounts relate how certain manoeuvres in wet caves were performed in total darkness, thanks to spray dowsing the light.

After an introductory treatise, Baker commences with Mendip cave explorations, recounting again the tale of the great Eastwater Flood in 1910. Re-reading this section, I was astonished at the reckless attitude displayed by so-called experienced cavers who were guiding complete beginners from a nearby army camp, pressing ever deeper into Eastwater Cavern even when it was obvious a serious flood was in progress.

These chapters are followed by descriptions of Yorkshire and Derbyshire pothole descents, few of them pushed to a conclusion, as for example Juniper Gulf, which appears to have stopped at the bold step. After an excursion into the London sewer network, Baker then devotes two substantial chapters to new explorations in the north and south of Ireland and rounds off the book with a narrative of tourist trips into French and Belgian caves.

Baker writes with a lucid, commanding grasp of the English language and covers a quite surprising range of topics ranging from dene holes, chalk mines and castle tunnels to sea caves and archaeological sites. The book is lavishly illustrated with more than 250 black and white photographs, and opens a window into a time of lost content, when it was possible to hire local help to haul tackle, and unexplored open shafts lay in profusion across the moors and fells of limestone England. How speleology has advanced since then is tellingly illustrated by the writer’s frequent statements that “[extensions to a given cave] ….will probably never be achieved.” Hindsight gives us a very contrasting picture. It was a different era altogether and Baker captures the flavour of the time admirably. For this reason alone Caving is worth seeking out and savouring.