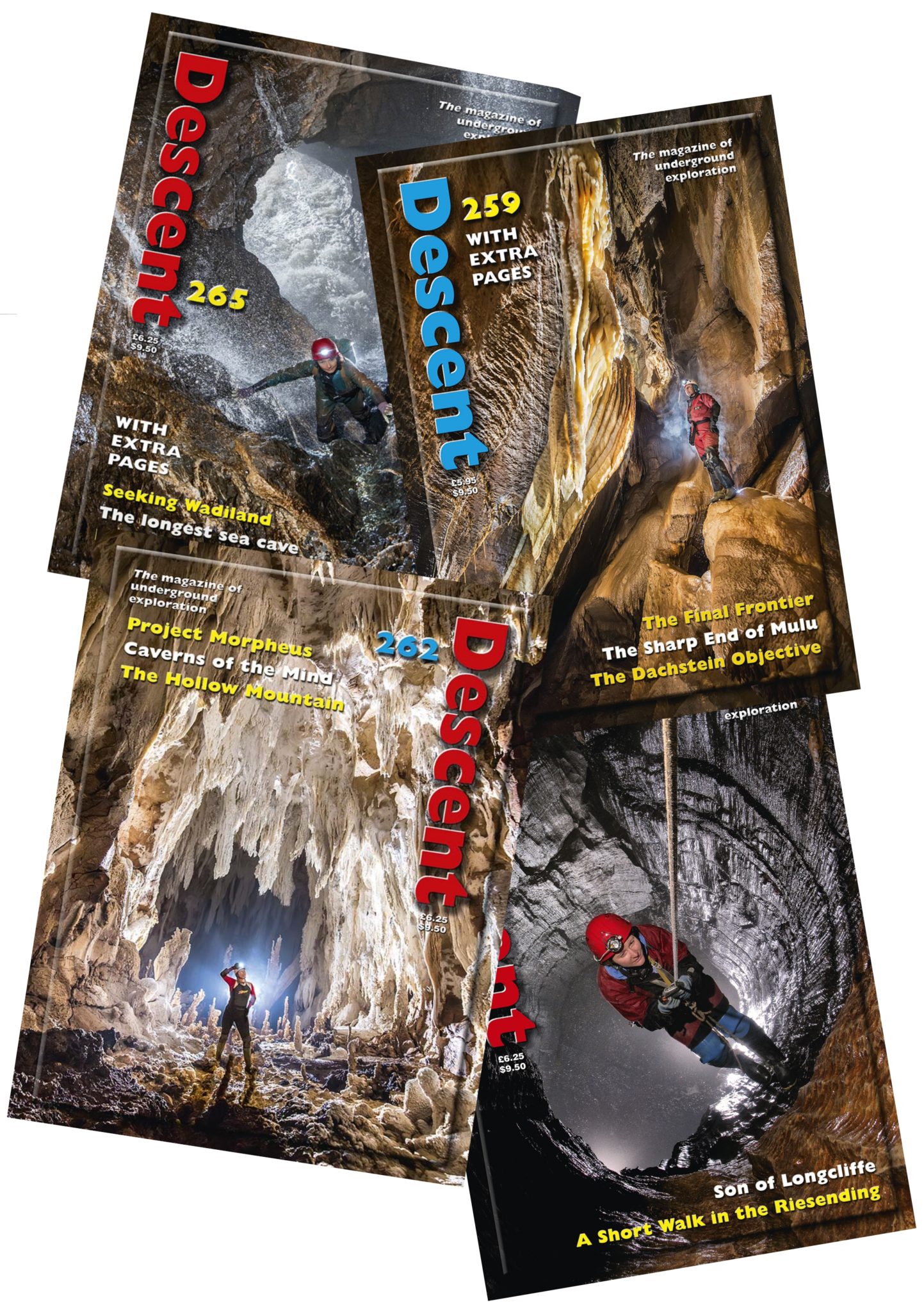 Descent 271 is about to be posted so to make sure you get your copy take a moment to check whether your subscription is up to date. And if it’s not, contact Wildplaces Publishing so you don’t miss out on an issue with eight extra pages!.

In the coming issue you can experience the lure of Bulgaria, host to this year’s EuroSpeleo which amply demonstrated that it is a country with plenty of caving on offer. Closer to home, in September, Wales played host to Hidden Earth.

John Cordingley takes a historical look at the connection between Peak and Speedwell caverns. An extended photographic feature on Japanese caves and karst brings the best images from the 2019 meeting of cave photographers in Japan.

If you entered Descent’s last caption competition, you’ll want to learn whether you won a major prize (for everyone else, there’s plenty to amuse you).

In the first part of two, Primož Jakopin interviews Pavel Demidov, a caver inherently linked with exploring Verëvkina, the deepest cave on earth.

The gear section puts the new 2019 versions of Petzl’s Stop, Freino Z and Rig descenders to the test.

Descent is renowned for the high quality of its photos and in the next issue, two cave photographers relate how the back cover images, the winning photos in the Hidden Earth photo salon, were shot.

As Descent’s anniversary year is drawing to a close, the lovely folks at Wildplaces Publishing are offering a special pre-Christmas price for all this year’s issues, which will make a brilliant present for any caving friends. Full details will be revealed in the next issue, so make sure you don’t miss this opportunity for some Christmas shopping!

All this and more for only the price of a couple of pints of beer per issue. We’ll be bringing you a full report as soon as Descent pops through our letterbox, but in the meantime, we hope the above is enough to whet your appetite and send you over to Wildplaces Publishing subscriptions page to ensure your subscription is up to date.