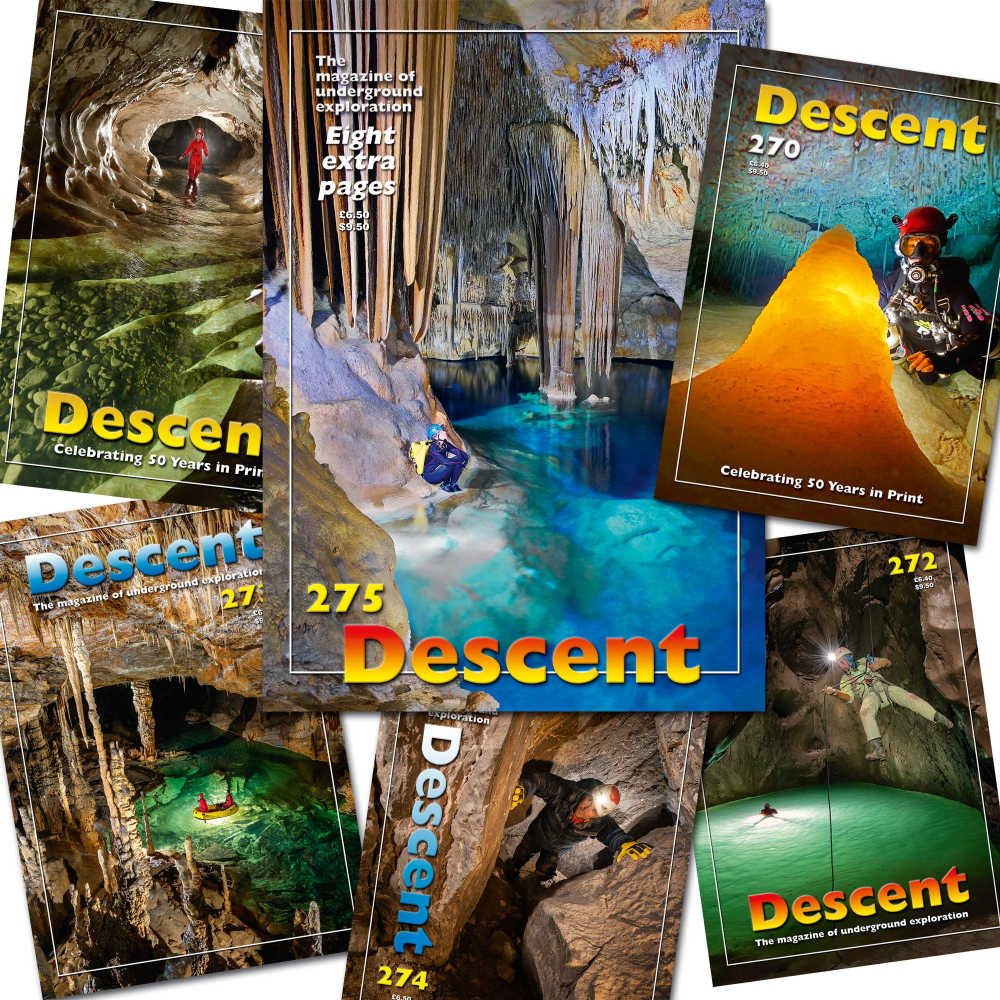 Descent 277 will be on its way soon, and despite a second lockdown, there’s plenty of news plus reports of some very significant breakthroughs around the country so check your subscription is up to date! And if you don’t already read Descent, now is a really good time to start!

In Derbyshire, exploration has continued in the newly-discovered Cussey Pot. Not even Covid-19 restrictions could slow down exploration by the Eldon Pothole Club, who – working only in teams of two– have succeeded in opening up a massive extension. Not to be outdone, Mendip’s Wookey Hole diggers have worked hard to claim an incredibly significant extension. More unusually, an exploration of the coast of west Wales by kayak has revealed the existence of a new and superbly decorated cave.

Tham Luang in Thailand, site of the daring diving rescue in 2018, has yielded more of its secrets to a 3D laser scan. Thanks to this, you can now discover what was it’s like to visit in person.

Sadly, not all underground incidents have a happy ending and Robbie Shone pays tribute to the astounding achievements of Pavel Demidov who lost his life to a boulder collapse in Integral cave in Georgia.

For those suffering the boredom of a second lockdown, trying flexing your mental muscles for a few minutes or even hours with Descent’s cryptic caving crossword! You can also enjoy some armchair caving with an account of a caving trip to a rather damp Swildon’s Hole on Mendip in the aftermath of Storm Alex. It seemed like such a good idea at the time, but then things became a tad exciting …

And while you’re here, it’s party time, so break out the cocktail sausages and beer for a celebration. The survey of Lechuguilla Cave in New Mexico has passed the 150 mile mark!

Remember that Descent magazine is run by cavers for cavers and that your subscription is important in these difficult times. Every issue is packed with caving news and features, accompanied by stunning photos, and this issue holds an extra eight pages. Don’t miss out, and if you haven’t taken a subscription out yet, then head over to Wildplaces Publishing, who’ll be delighted to welcome you on board!