Irish cavers have cleaned up, thanks to a grant from the Geological Survey of Ireland – and may also have found new access points to a cave.

The Speleological Union of Ireland (SUI) was awarded the cash to promote cave conservation, which allowed them to support the Student Forum with a conservation theme and organise a cave clean-up. Stephen Sheehan, Northern Conservation Officer, was asked to find a cave to clean. He decided on Pollnagossan, Co. Cavan.

Stephen managed to get the support of Cavan County Council. Chris Chapman, the SUI Secretary, organised a skip, Cavan County Council supplied safety equipment and bin bags and on 20th April 2019, the students, along with some hardy members of the SUI committee, provided the manpower and enthusiasm.

Pollnagossan looked like it had been used as a small rubbish dump. It seemed to have enough to fill a few bin bags, but that was all. There were worries that the skip would be far too big, that the number of students attending the clean-up would have nothing to do, and that ultimately the students would feel like they’d missed a day’s caving for no good reason.

It soon became obvious that there was no chance that the team would clean out all of the rubbish in one day. They removed layer upon layer of tins and glass bottles, old farm equipment, clothes, shoes, wellies, buckets, tiles, traps, a toaster, bags of concrete and the remnants of an old caving dig. They filled the skip within an hour and a half – and kept going for another hour. They also may have found new possible access points to the cave. 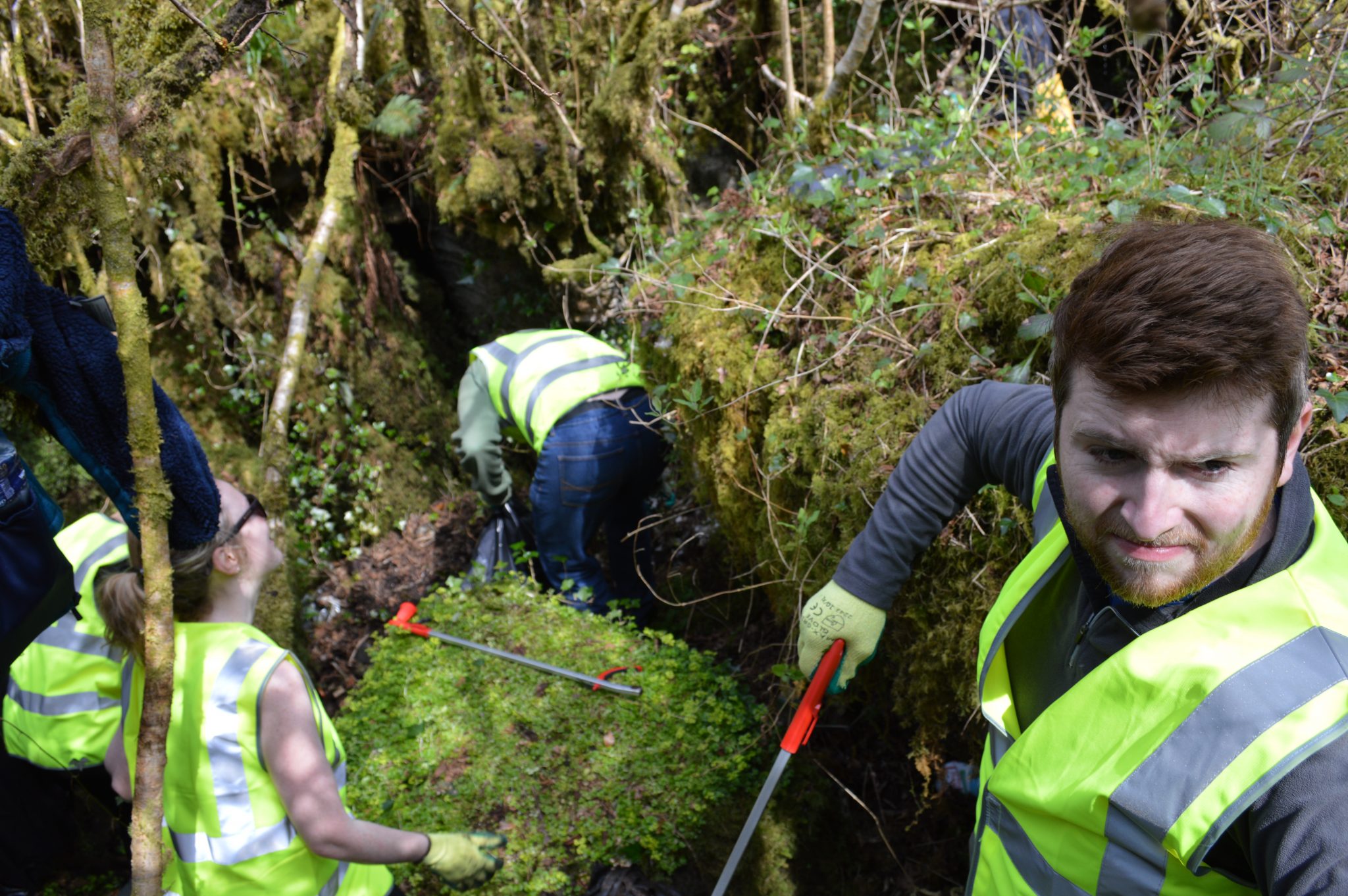 There were approximately 30 people helping out from five Irish and English colleges, plus the SUI committee. The number of people there meant that they could have a human chain running the rubbish from the cave up to the skip. There were four or five people inside the cave and more in the rift outside. The majority of the rubbish that they removed was decades old and it was alarming how pristine it was. 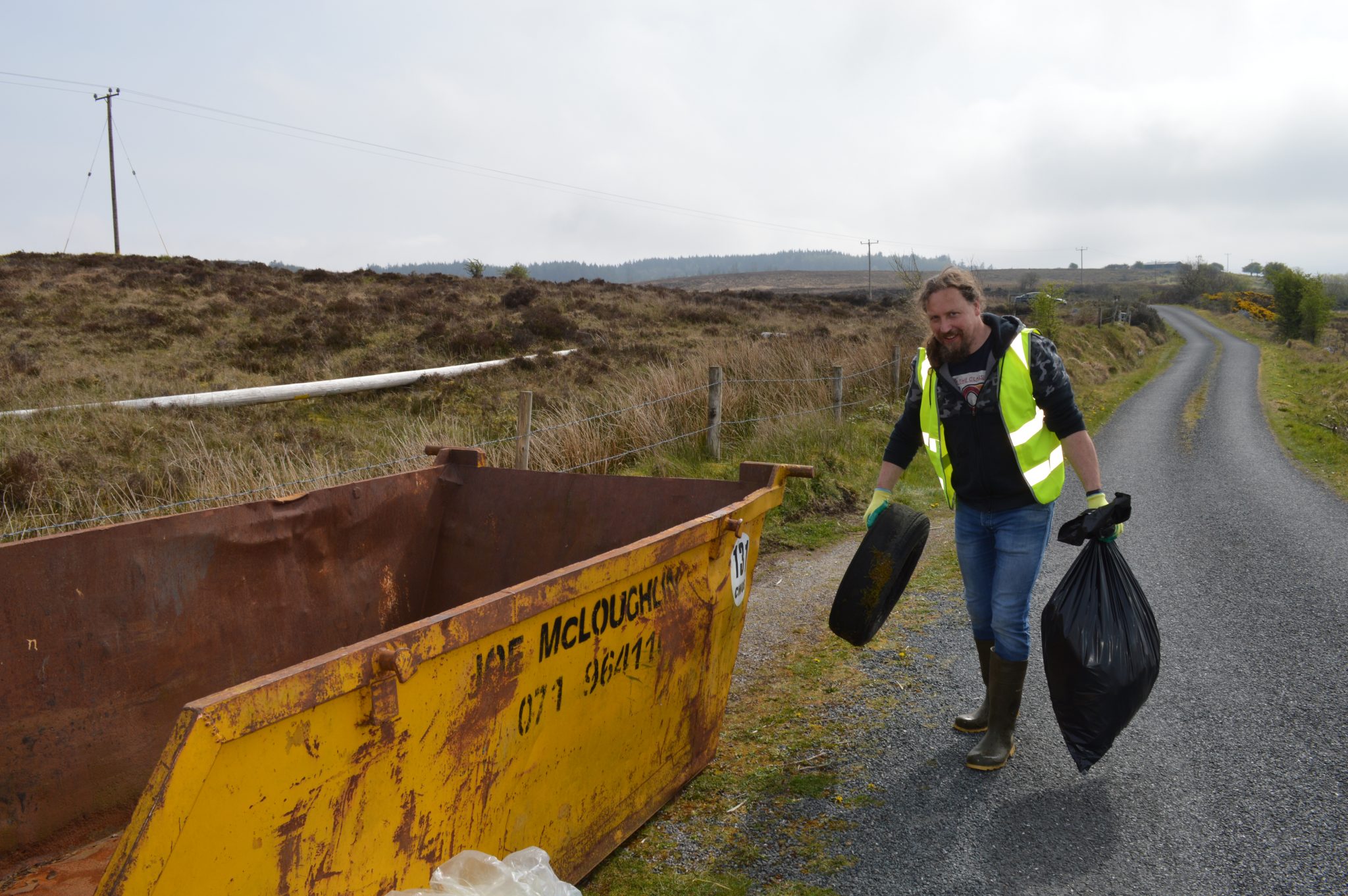 SUI chair Aoife McGuirk said: “It was frustrating to leave and frustrating that after all of the hard work the cave still looked like a rubbish dump. It is important to remember that cleaning out as much as we did made a difference. We’ll get back there in the next couple of years and finish what we started. Regular clean-ups haven’t happened for a few years now – it is something we plan on supporting more as a committee by running one both at the Symposium and the Student Forum each year. We would also like to compile a list of caves requiring a clean-up. We can then put a plan in place to try to address them within the next few years.”

Aoife thanked everyone who participated in the clean-up, with a special thanks to Stephen Sheehan, Chris Chapman and the forum organisers Shane McPartland, Angela Prior, Liam Woods, Eoghan Fitzpatrick for getting everyone involved. 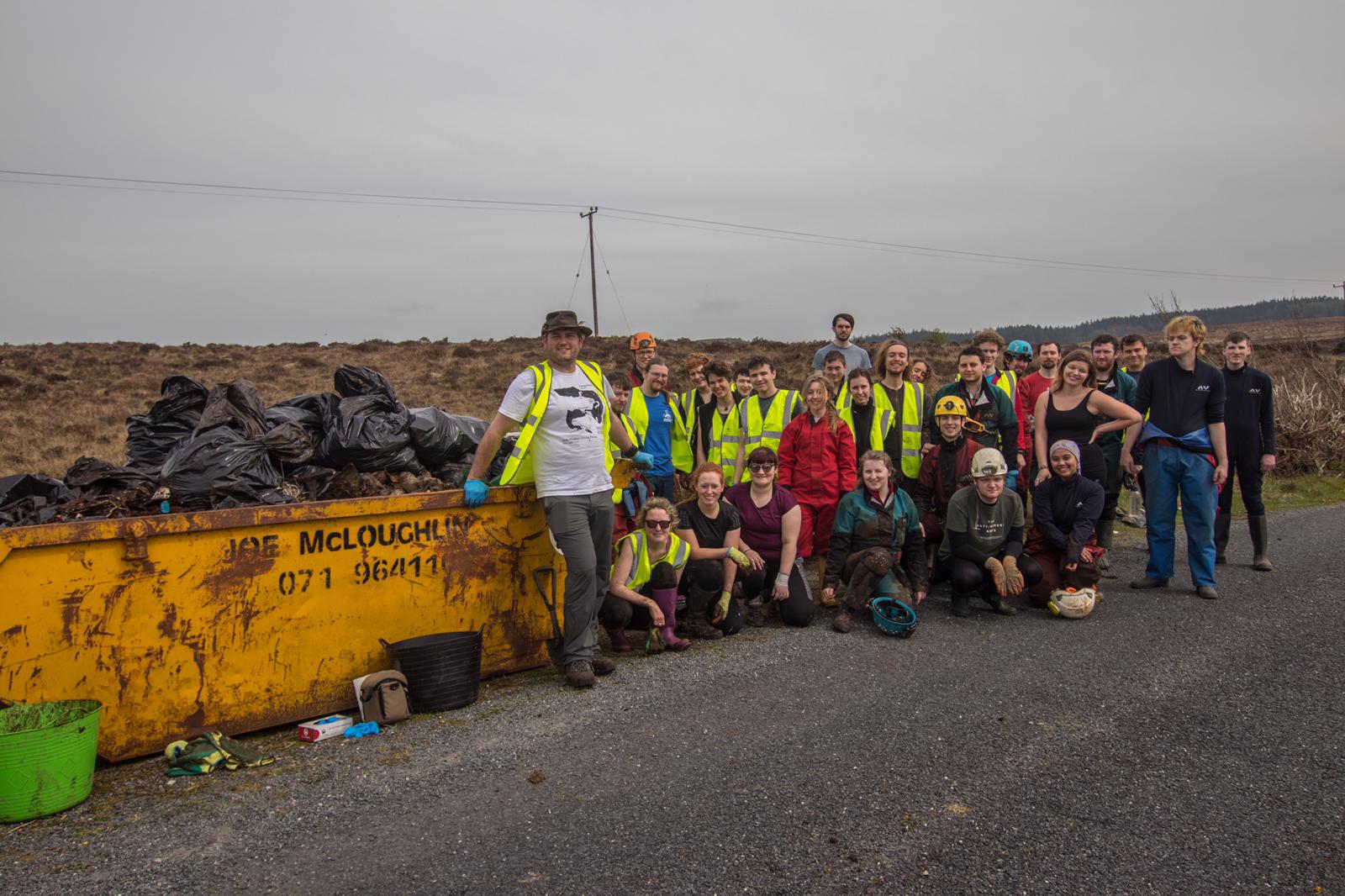 If anyone wants to arrange to clean a cave themselves please get in touch at conservation@caving.ie or suichairperson@gmail.com for support and guidelines on how to run one.